The ever-changing scene in Canadian divorce law and practice 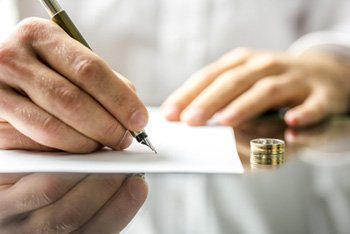 The previous and traditional sanctity of the signed contract is no longer a valid presumption.

These are the days of social and political change in Canada, and that includes significant changes in the divorce landscape as well.

Statistics show that divorce cases “rarely reach the trial stage” and that the majority ‘are uncontested,” according to Stats Can. Possibly, long, drawn out divorce cases are becoming a thing of the past; Stats Can claims that most divorces are “granted within six months of case initiation,” and that 80 percent require less “than a year to finalize.”

Canadian law is not carved in stone

For better or worse, perhaps depending on your point of view, as society and culture change the law also changes, and the decisions of the courts over the last decade or so reflect this ‘sea change.’ The traditional, received wisdom with regards to marriage, divorce and separation might no longer apply to current cases: these are the new realities to be aware of for lawyers and their clients.

One rather famous instance of this involved the McCain family (Maple Leaf Foods) during the divorce proceedings between Michael McCain and his wife Christine. First let’s look at the legal terminology and practice and then we can understand the significance of the Justice’s decision in the trial.

These are key areas experiencing fundamental realignment in the discussion of separation and marriage breakdown. For the moment, we’ll focus on the concept of the domestic contract, which we tend to call, as per our American neighbours, a pre-nuptual agreement, ‘pre-nup” for short. But if you do happen to be in court, do yourself a favour and use the Canadian terminology, a domestic contract instead of pre-nup; similarly, refer to the term spousal support instead of the American usage, alimony.

This contractual device (pre-nup, domestic contract) seems to have trickled down from the rich and famous to the rest of us. It’s not uncommon for people to advise their friends to protect themselves through a pre-marriage contract, perhaps especially for second marriages when one or both partners have had time to accumulate some wealth or property; likely even more so if children from the first marriage are involved.

However, this pre-marriage contract is no longer the carved-in-stone protection for spouses seeking to protect their assets that it was once thought to be. Nor, for that matter, does a marital contract determine custody and visitation rights which can only be settled after the separation or divorce. In other words, there are limits as to what you can and can’t accomplish through such a contract.

Unconscionable circumstances or when a contract is not a contract

It is a requirement of domestic contracts that both parties require separate legal consultation; there must be full financial disclosure and the contract should be balanced and fair to both partners. If not, judges will apply the concept of “unconscionable circumstances,” essentially meaning that one partner cannot use leverage to force the other into signing a domestic contract that would put him or her at a disadvantage. The particular offending items of the contract will be struck down by the court and the entire agreement will come under close scrutiny.

A Case Study of the McCains

Mentioning the rich and famous, the separation and subsequent 2013 divorce of Michael (son of Wallace McCain who established the Maple Leaf Foods) and Michael’s wife Christine, demonstrates this change in judicial attitude. Without going into myriad detail, the couple signed a domestic contract in their 13th year of marriage which would be worth seventeen million dollars to Christine in the event that they divorced, with the family home accounting for ten of the seventeen million. When the unthinkable happened years later and the couple separated, Christine eventually challenged the contract. The presiding judge, Justice Greer, agreed that it was signed under duress, that Michael McCain’s reported income was under-represented and that he was worth much more in 2013 than when the contract had been signed in 1997. As well, the lifestyle that Chris was accustomed to required much more financial support.

The following is the actual wording of two of the key parts of Judge Greer’s decision:

1. All sections and paragraphs of the parties’ Contract dated April 21, 1997 and signed May 28, 1997 by the Wife respecting spousal support, are hereby severed from the balance of the Contract and are set aside for the reasons as outlined herein.

2. The Husband shall pay interim/temporary spousal support to the Wife of $175,000 per month commencing January 1, 2013 until further Order of this Court.

True, the McCains and others like them live a life apart from the rest of society; the numbers are mind-boggling to those of us just hoping for a tax break in April. But the issues and the principals remains the same: if you earn $100,000 and under-report your earnings, if you have a secret stash, if you force your partner into signing an undervalued agreement, the courts will not uphold the arrangement. The previous and traditional sanctity of the signed contract is no longer a valid presumption.

The ‘take away’ is that the provisions of a matrimonial or domestic contract should reflect this new reality; doing so provides the best chance to avoid having it shredded with the possibility of even harsher terms being imposed in the settlement.

Academic research might discover the whys for these changes: perhaps more realistic expectations; maybe a weariness with the long anguish and futile anger when no one really wins anyway, especially the children who are all too frequently damaged when parents fight; perhaps it’s even attributable to better legal advice – lawyers now routinely encourage mediation and arbitration for example.

For whatever the reasons, this is all good news, especially to those of us who have seen the harm suffered by our clients. The proper legal instruments for establishing your financial wishes for yourself and your posterity are those of the will and estate planning, not the domestic contract. The next blog will focus on the other key issues: spousal support; custody and relocation.