Bill C-560: An attempt to set a level playing field, but the child must be at center stage 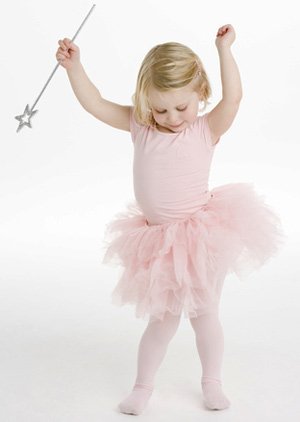 Set to amend the Canada Divorce Act, Bill C-560 is getting a breather after passing a second reading in February. In the run-up to the third and final reading, the discussion is heating up again, with pundits presenting arguments for and against the idea of equal shared parenting (ESP). In the previous blog, I summarized the basic concept of the bill and the positions, pro and con. Now I’d like to provide some of my own thoughts about Bill C-560.

Just exactly what are we talking about? The big R..

The legal term is the “Rebuttable presumption of equal shared parenting,” which is the idea that the courts will presume that both parents have an equal role in the parenting of their children. This applies for both legal and physical custody.

The rebuttable part is the cautionary brake: shared presumption applies only when circumstances are favourable. An alcoholic parent, for example, will not be awarded shared parenting, and so the premise is said to be Rebuttable.

Finding balance in a changing society

Long gone are the days when the father had sole rights of his ‘property.’ In 2014, the question is whether we as a society, as reflected in our law, are ready to decide that the swing to the presumption of mother custody for the last half century now needs some balance.

Certainly our society has changed and gender rarely defines roles. The stay at home mother, always there for the child, for lunch or after school snack, is more a stereotype than fact; today’s mother is just as likely to be a doctor, banker or salesperson as is her husband. And the husband who comes home to his beer and newspaper has been replaced by one who changes diapers and takes the kids sledding. We are not perfect, certainly not with a 40% divorce rate (app.) but we are a continuously evolving society.

Leaving aside the media experts for a moment, academics and experts in the field have been studying divorce and parenting for a long time. What can they tells us? Take for example, a paper titled “The Determination of Child Custody” by Joan B. Kelly, a PHD who has the bona fides as director of a mediation centre and who teaches conflict resolution and family law. Usually a document published 20 years ago is likely to be outdated, but her insights shed much light on the issue. Best of all, in true academic spirit, she seems to be neutral, interested only in understanding and sharing her knowledge.

Here are some interesting points from Kelly’s paper,* along with my comments:

I’d like to add that the courts and parents need to realize that what works for the moment might not work in a year or two. For example, a three year old might consider it an adventure to spend a week at a time in each parent’s home (assuming that this works for the parents – it might not) but when the child turns school age, he or she needs to be close to the school; if only one parent is so situated, then the ESP arrangements need to be modified to accommodate the child’s developmental needs.

Those opposed to Bill C-560 are essentially implying that the status quo is fine, yet they also criticize the courts and lawyers for litigation. They can’t have it both ways. This bill provides an opportunity to take a new approach. There are more things right about the current system than people know or give it credit for, but more can and needs to be done. As always, the devil is in the details, but Bill C-560 provides us with a starting point.

Should you need professional, legal advice now, concerning family law or any other legal matter, please contact us at Howard Nightingale Professional Corporation.
416 – 663-4423 or 1-877-224-8225.