After the Divorce: Who is Responsible for Extra-Ordinary Child Care Expenses?

Although show business is not my concern, the emphasis on child support clearly caught my attention. The article thestir.com explains that the $13,000 per month Mr. Anthony’s ex-wife receives in child support for their two sons is insufficient, at least according to her. She also claims that he can afford to pay more, specifically $100,000 per month more.

Will she receive it if she turns to the courts?

She might, but then again, ability to pay – in Ontario at least – is not the sole determining factor. Mr. Anthony’s ex-wife would have to demonstrate need to an Ontario Family Court, and an extra $1.2 million dollar a year is indeed a substantial amount of need.

The lives of the rich and famous can be amusing and maddening at the same time, but this case actually serves to instruct us. It isn’t always necessary to increase monthly child support payments in order to meet an unplanned or unforeseen financial need: the Family Law Act provides the means for dealing with unscheduled, extra-ordinary activities which were unanticipated at the time of settlement. 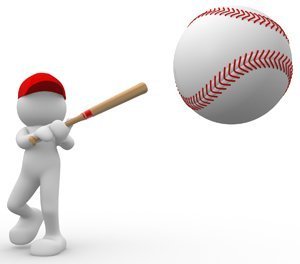 A potential cause of friction between separated parents in even the most amicable divorce arrangements often concerns the financial obligations and responsibilities for the child’s extra-ordinary expenses such as medical and dental fees, university tuition for older children, and extra-curricular activities including lessons for dance, skating and music, as well as sports fees for activities such as karate and hockey. These private lessons are not cheap; a year’s worth of dance lessons at an academy can cost $4 to $5,000 annually; skating lessons with a professional coach can cost double that amount. Easily doable on the ex-Mrs. Anthony’s $13,000 a month, although she claims it isn’t, but not so much for the rest of us.

Parents’ obligations and the Family Law Act: Who pays and how much?

Most parents don’t want to deprive their children, and no one is likely to disagree with these extra-ordinary obligations, at least not in principle. The problem is the reality:

Who pays and how much? Here’s a case example that demonstrates a typical situation:

The custodial parent informs the payor (the paying parent) that their child has expressed an interest in dancing lessons at the local academy and the annual fees are $5000.00. The payor has worked out a budget in order to contribute to the family household while maintaining a second domicile and is making the sometimes painful adjustments; without the reputed wealth of a Marc Anthony, supporting two households can be financially challenging. Thus it might be understandable if the payor is somewhat upset at receiving a request from the custodial parent regarding additional contributions to the child’s dance lessons.

The Family Law Act clearly states that children are not only entitled to being financially secure, they are not to be denied beneficial and enjoyable activities such as dance lessons because their parents happen to be divorced. There is an onus on the parents to provide for their child. Both parents, actually.

An interesting side note which reveals the underlying thinking of the Family Law Act concerns the issue of responsibility for children aged eighteen and older; if the extra-ordinary expense, for example, is college tuition, there is an expectation that the child will try to obtain a summer job and earn contributory funds. Parents in functioning marriages often require their child to contribute, and so it is a reasonable expectation for a divorced family’s financial arrangement as well. The point is that the Family Law Act takes a broad view in such matters.

Let’s continue with the dance lessons. The custodial parent earns $40,000. The payor might argue that it is unreasonable to engage in dance lessons that cost 10% or more of the annual salary, but in this particular case, the payor’s salary is $160,000, four times that of the parent receiving the support, and the dance lessons represent only 4% of that annual salary.

No family law judge is likely to deny the child dance lessons with a family which has a combined annual salary of $200,000. The decision will be a proportional arrangement, with the custodial parent paying one fourth of the tuition or $1250.00, to the three fourths, or $3750.00 for the payor.

By extension, if the parents’ incomes were equal, the dance tuition would likely be split. Then again, if both parents earned the lessor amount of $40,000 for a combined, total income of $80,000, the judge might have to determine if these lessons are financially feasible, or if alternatives exist, such as dance lessons for half a year. Family court will work with the parents, but it helps if they understand from the start that they are both responsible and that the family court, as its first priority, looks to the well-being of the child, expecting parents to do so as well.

The court, by the way, does not act on faith. At all times, receipts for extra-ordinary expenses must be provided, and income statements supplied. The court does not look kindly on attempts to misuse its offices.

This discussion is far from the last word on the subject. For example, what happens when the payor receiving the request to pay for dance lessons has not only set up a second domicile, but has remarried and might have a child or children in this second marriage? Sometimes, it requires a legal system with the wisdom of Solomon. We’ll examine that problem in the next blog.

If you need additional advice concerning family law now, as well as for all your legal needs, we’re as close as a phone call. Please contact us at Howard Nightingale Professional Corporation. 416-663-4423 or 1-877-224-8225.