Family Court in Your Future? Here’s how to be prepared. 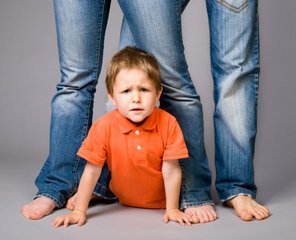 Generally speaking, there’s a certain wisdom to the advice, “Don’t cross your bridges until you come to them.”  But not always. Sometimes you need to know what lies ahead, and this is clearly the case with Family Court. Whether you’re deciding to make an application to the court, or you’re a respondent, knowing what to expect makes good sense. The Ontario government provides a number of documents that explain each step of the process; they are excellent references but they make for heavy reading.

Therefore, my goal here is to give an informative yet brief overview for anyone contemplating starting a family case (the applicant), or for someone who has been named as a respondent and therefore must appear in family court.

Issues that will bring you to a Family Court proceeding include separation, divorce, custody, property division, spousal support, adoption and child protection, among others.

Interestingly enough, a key objective of the Ontario legislation is to keep you out of family court. To that end, the bulk of the court’s work takes place outside of the trial courtroom. The court relies on a number of mandatory conferences in which both parties and any legal representation meet with the judge to exchange all documentation by completing and “serving a conference brief on the other party” (Guide to Procedures in Family Court).

Several financial documents must be filed by both parties such as three years of income tax returns, especially if child or spousal support is involved, prior to what is termed the case conference in which the judge educates the parties so that they are clear about the proceedings; the judge will also attempt to resolve the disputed matters.

Should the case continue, either party can bring a motion in front of a different judge. A motion might cover child support arrangements or custody; if granted (based on the presentation of what is termed “affidavit evidence”) it will remain in effect until trial or a successful appeal.

If this begins to sound messy, it might serve as a cautionary tale to resolve the issues during the case conference. If not, then Family Court provides yet another opportunity to avoid trial through a settlement conference which is held just prior to the case being set down on the trial list for a hearing. All documentation is exchanged before the settlement conference. Again, the judge will attempt to clarify and resolve outstanding issues.

These processes and conferences prevent 97% of the cases from going to trial, an excellent rate that demonstrates just how serious the judicial system is about cooperative, conciliatory settlements.

Failing to reach an agreement puts you in the remaining three percent and you or your family lawyer will make an application to the Superior Court of Justice for trial. Residents of Brampton and Toronto also have the option of attending the Ontario Court of Justice if divorce and property division are not involved.

You might recognize the phrase from TV detective shows. Family Court recommends that you retain legal services because the issues and laws are complex and the outcome is significant to your life. Court will provide legal aid if you require it, and there is a lawyer referral service if you don’t have or know of a lawyer. For those who choose to ‘go it alone,’ be aware that you will be held to the same standard as those with legal representation, and that the judge cannot give you legal advice once the case goes to trial. In fact, to ensure impartiality, no judge involved to this point will be the trial judge.

Most people know the basic proceedings of the courtroom from watching the many legal-themed television shows and movies. Without all of the glamour, this is essentially what takes place in family court: there is opportunity to present your evidence and to defend your position, and at the trial’s completion the judge (this is not trial by jury) will render a decision binding on both parties.

A Question of Fairness?

One final word: people who take their complaint all the way to trial sometimes feel that there was no justice for them. It might be counterintuitive, but justice and perceived fairness is not the objective of family court. Proceedings and decisions are based on case law and precedent, not a subjective viewpoint of the judge as to who has the more deserving case.

There’s an old saying that if both parties walk out of court feeling aggrieved, then the court likely resolved the issue appropriately. This is why Family Court puts so much emphasis on pre-trial settlements and it is the reasoning behind the recently established Mandatory Information Program (MIP) requiring all litigants to attend on separate dates, in order to be informed of the procedures they are about to engage in as well as the alternatives of going to court.

People tend to feel much better when they arrive at a compromise – they might still be unhappy with some of the results, but having contributed to the outcome rather than having it pronounced upon them makes a significant and positive difference to them. Accordingly, the Ontario Family Court system provides this opportunity, guided by the judge, to resolve the matters in a much more informal and less emotionally charged environment.

If you are contemplating Family Court, or are a respondent, please call Howard Nightingale, at 416 663 4423 or visit my website.