Let’s get electronic signing for legal documents to work for you!

At HNPC, we now provide electronic signing for Family Law, Corporate/Commercial and Real Estate Law, other than certain types of mortgages, wills and estates. Most banks in Canada will accept this form of signature. In this post, we provide the ground-breaking features and benefits to you of electronic signing.

Divorce Law: 10 FAQS about property and debts for common-law couples

Divorce Law: 10 FAQS about property and debts for common-law couples

If you’re in a common-law relationship, what happens to your property and benefits if you separate, or if one of you dies? How do you settle your debts? Who will care for your children? To help you with this, we answer some of the most frequently asked questions.

Divorce Law: 10 FAQS about property and debts for married couples in Ontario

It’s important to know how Ontario divorce laws apply to dividing marital debts and property. To help you with this, here are some of the most frequently asked questions:   1. We’re married. Do we have to divide our property if we separate or divorce? Yes. In Ontario,...
Read Post

10 FAQS about Separation and Divorce Law in Ontario

Going through a separation or divorce process can be difficult and time-consuming. To help you understand your rights and choices, we’ve tackled some of the most frequently asked questions.

Family Law: 10 FAQS about decision making and time with children

Family law in Ontario involves both federal and provincial legislation. Both courts preside over issues related to decision-making responsibility (formerly called “custody”), parenting time (formerly called “access”), and child support… and it can be confusing. To cut...
Read Post

Toronto Lawyer Howard Nightingale solves family law issues through his expertise in negotiating and litigation to arrive at a just and fair settlement. 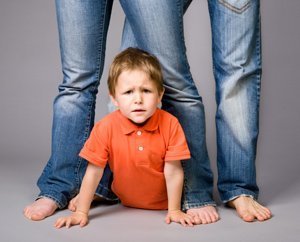 Putting together the words “family” and “law” might seem counter-intuitive, but from the moment two people decide to live together, married or not, opposite sex or same sex, they are entering into far more than a loving relationship; they are also entering into a complex nexus of laws that govern and regulate all aspects of marriage and family.

Remember the ancient wisdom that what you don’t know won’t hurt you?

This might have been good guidance in a simpler era, but not necessarily for our complex world which has supplanted it with expressions like ‘knowledge is power,’ and of course, ‘Ignorance is no excuse under the law.’ Indeed, missing out on a fine point of law can be very costly. Accordingly, the following will describe five commonly held misconceptions and then, to protect you from ‘harm,’ set the record straight.

Misconception 1: Couples in a relationship living under one roof are considered to be common law after one year…or maybe it’s five years?

Setting the record straight: Revenue Canada considers such couples as living in a common law relationship after one year, but for the purposes of taxation only. (Actually, this can work in their favour, financially speaking). However, the Family Law Act considers couples to be in a common law relationship after three years of cohabiting, or immediately upon the birth of a child.

Setting the record straight: While FRO will transfer the money from the paying spouse to the one designated as the receiving spouse, it isn’t possible to provide a fixed time, such as for the first of the month. It can be a complex, time consuming process for FRO that can also involve wage garnishing, all of which means that although FRO will ensure that the required payment is received, the recipient should have some money available for expenses while waiting for the transfer of funds from the payor

Misconception 3: If I’m self employed, FRO can’t garnish my wages.

Setting the record straight: While it’s true that being self-employed makes it trickier for FRO, don’t underestimate them. The government granted them far reaching powers enabling them to take away your driver’s license and your passport. Ultimately, FRO can put you in jail.

Misconception 4: I can appeal to FRO to make an adjustment if necessary.

Setting the record straight: FRO has no interpretive or judicial powers. It follows instructions, agreements and court orders to the letter of the law, literally. A couple can file an agreement which FRO will follow, but the wording must be clear and precise. Again, it cannot interpret intentions or nuances. Here’s an example:
A couple files an agreement which states, “The parties will share post-graduate expenses.” FRO will not act on this because it isn’t precise. It needs to be reworded providing a dollar amount and/or a specific sharing ration, such as 50/50 or 60/40, stating which party will provide which share. As tuition costs change, the agreement must be refiled with FRO.

Misconception 5: If I move to another province, or the U.S., or another country, or declare bankruptcy, or go to jail, I can avoid spousal support payments.

Setting the record straight: Similarly to misconception 3, the reality is that supporting a child or your spouse is your obligation, one not easily evaded. Ontario has reciprocal agreements with the other Canadian provinces, many American states and even some foreign countries, meaning that you will be held to account just as though you still resided in Ontario. Declaring bankruptcy will free you from repaying debt which will be deemed to suggest that you now have more ability to pay child or spousal support. Finally, serving time for not paying child or spousal support is not a means of escaping your financial commitment to them.

The situation for those people genuinely trying to meet their obligations isn’t completely hopeless, however. Should you find that your life circumstances have changed through no fault of your own (you lose a job or your wages are reduced, for example) you can apply to the courts for a reduction in payment. The courts look more favourably on those who try to fulfill their obligations. Once your circumstances change for the better, however, the courts expect you to report this in order to restore payment to the higher/original levels.

These five, fairly widely-held misconceptions affect many people. Although the issues are difficult both financially and emotionally, with knowledge, advice and good-will, couples and families can work through them, resolve them, and move their lives forward. If you have any similar confusion about the current state of the law or suggestions for our next segment of “Bringing the Law to You”, please contact us or call 416-663-4423, or toll free: 1-877-224-822

If all goes well, and “love conquers all,” the legalities remain in the background, surfacing only for such things as wills, inheritance, taxation and so on. If the relationship begins to unravel, however, the couple quickly becomes immersed in the complexities of Ontario’s family law, especially so if the couple has children. The Ontario government provides excellent information on its website; in fact it is similar to what Howard Nightingale provides for you in his website. But even the government cautions do-it yourselfers, “Talking to a lawyer can help you understand your options and the steps that make the most sense in your case. It will also give you a better idea of your rights and responsibilities.”

This section of Howard Nightingale’s website will introduce you to family law terminology that you probably know vaguely, but for which you now need to have a more precise understanding. These include marriage and cohabitation, custody and access, child and spousal support, property division, pre-nuptual agreements, mediation and separation, and even remarriage and foreign divorce, a rarity once, but perhaps no longer in our multicultural society. If you have come to this section of our website, you might just be trying to gauge our services, or you might be in a troubled relationship and in need of legal help.