What is cohabitation in Ontario? 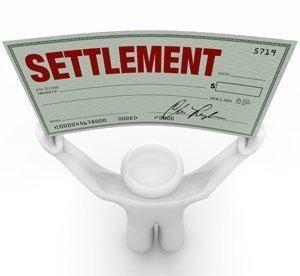 Cohabitation: In the Ontario, Family Law Act “common law spouses” means persons who, though not legally married to each other, have lived together continuously for a period of at least three years. This also includes persons who are the natural or adoptive parents of a child and have lived in a relationship of some permanence (even if less than three years). These definitions include same-sex partners.

Custody of and access to children born to a common-law couple are treated exactly the same as for married couples married. The focus is always on the best interests of the child. Child support and spousal support are calculated the same way for common law spouses as they are for legally married spouses.

Marriage: In June 2003, the Ontario Court of Appeal redefined the common law definition of marriage as the “voluntary union for life of two persons to the exclusion of all others.” Under Ontario law, marriage requires persons to have participated in a ceremony or form of marriage that is recognized as valid in Ontario.

As a result of the Court of Appeal’s decision in 2003, marriages between same-sex couples are legal in Ontario. In July, 2005, the federal government also amended the Divorce Act (Canada) to allow married same-sex spouses to obtain a divorce.

If the client intends to re-marry but was previously divorced outside of Canada, Ontario law requires the client to obtain a letter of opinion from a family law, lawyer regarding the recognition of his or her foreign divorce. Howard Nightingale Professional Corporation will be happy to provide our client with our legal opinion and reasons why your divorce should be legally recognized in the Province of Ontario.

Opinion Letter for Recognition of Foreign Divorces for Marriage in Canada

People who wish to marry in Ontario and who have previously divorced outside of Canada (whether one or both partners), are required to have the divorce reviewed and recognized for purposes of determining their marital status in Canada. An additional authorization must be obtained from the Ontario government, and this authorization must be presented before the marriage license is issued. In order to obtain this authorization, the following documentation must be submitted to the Office of the Registrar General:

To prepare the Letter of Opinion, a lawyer requires the following:

Canada will now recognize a foreign divorce if either party to the divorce was ordinarily resident in the foreign jurisdiction for one year preceding the application for that divorce. This scope of recognition applies to all divorces granted after February 13, 1986.

If your situation doesn’t exactly match this description, don’t despair. In the opinion letter a lawyer will analyze the person’s unique circumstances and apply not only current legislation, but also case law. For example, there are many situations in which people might not have been consistently resident in their jurisdiction, yet a case can be made that they still can be said to have a “real and substantial connection” to this jurisdiction.

Marriage Agreements can be entered into by people who intend to marry or people who are already married. Clients with real property (that is, a house, condominium, cottage or commercial property) or with a significant amount of other assets, or who want to handle future financial issues in a predetermined way, should consider preparing a Marriage Agreement.

Without a Marriage Agreement, if a relationship breaks down, you as the spouse with more property will find that it is divided according to Ontario law, resulting in your spouse receiving property that neither of you intended for your spouse to have (see Property Division and Equalization for greater discussion of this topic). A properly drafted Marriage Agreement can settle the mutual intention that you both have prior to your marriage. Howard Nightingale has the experience to help you prepare a Marriage Agreement in accordance with your instructions, while fulfilling all of your legal requirements.

When making the decision to cohabit (or live) with someone, people often do not consider the legal effect that this might have. Your cohabiting partner might be entitled to a portion of your property or to your financial support if the relationship dissolves. If you do not intend for your partner to receive a division of your property or spousal support, you should consider preparing a Cohabitation Agreement. Howard Nightingale Professional Corporation has the experience to help you prepare a Cohabitation Agreement in accordance with your instructions and all legal requirements.

Whether it is a marriage contract, cohabitation agreement or separation agreement, to be considered a valid domestic contract in Ontario, it must meet the following conditions:

Due to the court’s power to set aside agreements, parties should not enter into agreements for which there has been little or no financial disclosure. In addition, parties should be wary of signing a domestic contract when one party refuses to obtain independent legal advice from a lawyer, regarding his or her rights and obligations under the contract.