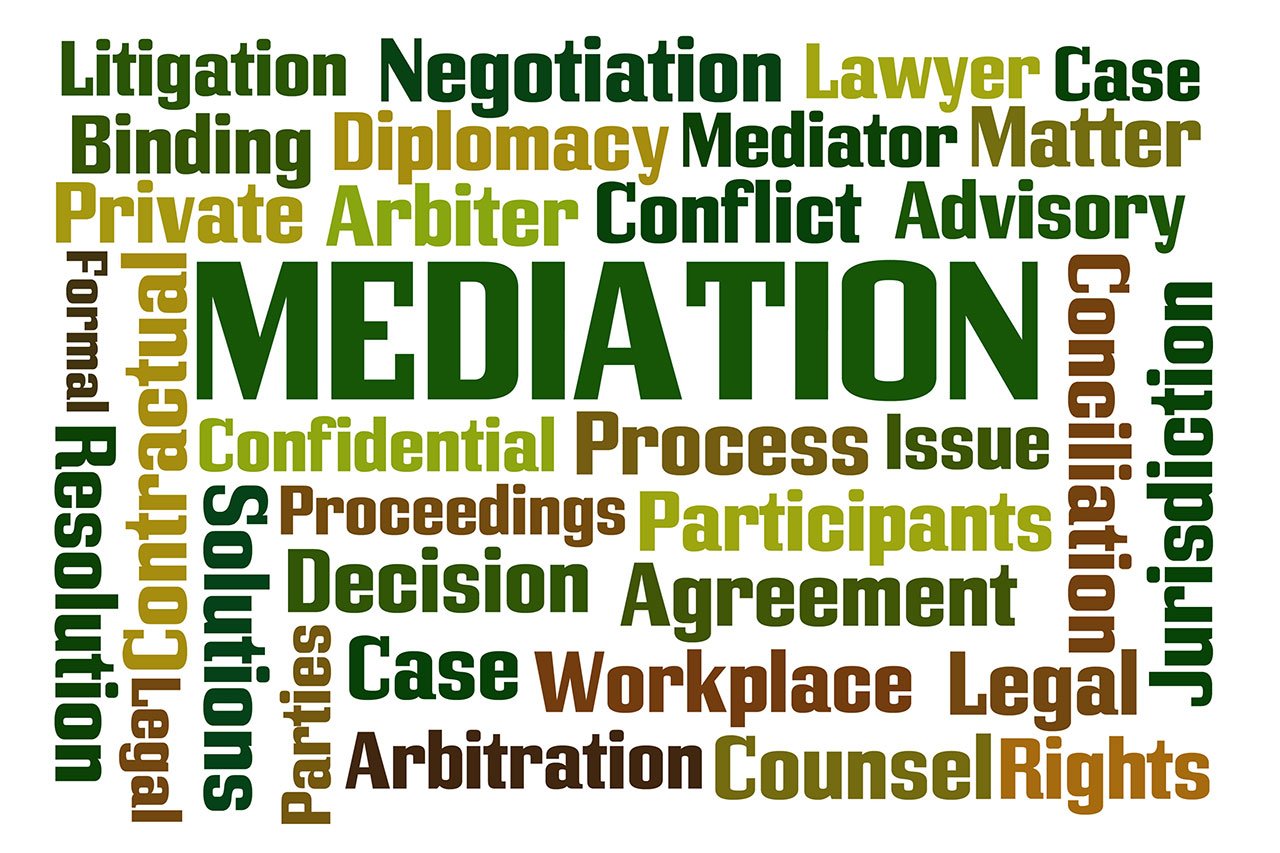 Mediation is becoming the legal equivalent of “the next big thing.” It probably is all ready. We are long familiar with it as a means of settling labour strikes by resolving union/government disputes peacefully when strikes have failed to bring about an agreement. Now it is becoming the method of choice to settle domestic and civil disputes, with government being the driving force behind its adoption as evidenced by this statement from the newly revised Canada Divorce Act (2019):

To the extent that it is appropriate to do so, the parties to a proceeding shall try to resolve the matters that may be the subject of an order under this Act through a family dispute resolution process.

By encouraging a “family dispute resolution” usually mediation, whether intentional or not, the government has empowered the people who come to the legal system to resolve their issues with one another. In standard court proceedings, lawyers contest the issues on behalf of their clients, and do so before a judge, (or before a judge and jury) who will render a decision. Once the process begins, clients are essentially bystanders observing the process with no direct input to the process and little to no opportunity to influence the outcome.

In mediation, however, the clients are far more active participants: there is often, for example, a joint session in which the disputing parties meet with the mediator to set out their positions and establish the basic rules for proceeding. During the mediation, there is opportunity to change an initial demand and to compromise. Finally, the participants decide whether the outcome is acceptable to them (individually) or not and can reject it. One is not likely to tell a jury or judge that their decision is not acceptable. Clearly, rather than passive onlookers, people involved in mediation are empowered participants, which fosters an entirely different mentality.

Even in civil litigation, mediation from the courts is now mandatory as a precursor to going before a judge. Clearly the hope is to turn confrontation into cooperation and compromise, avoiding the trial process and culminating in an acceptable settlement for both parties.

By simplifying the process of arriving at a settlement, mediation is intended to be faster, free up the courts for other matters, reduce costs for both the legal system and clients, and provide a more civilized approach to civil and domestic issues.

Mediation is also meant to be flexible, allowing the parties to adjust their arguments and issues as the process unfolds, including the specifics of the settlement. As opposed to a monetary settlement, for example, which is generally the expected outcome in civil litigation, a mediator might recommend what is termed, equitable relief. The term essentially means that the judgment involves a court ordered requirement instead of payment. Such a judgment requires the “guilty” party either to do something or to refrain from doing it, as the case might be.

Because mediated outcomes are negotiated rather than imposed “from on high,” there’s an expectation that the settlement will be more acceptable to both parties, and therefore more likely to be adhered to.

Naturally, there are drawbacks. Although mediation is intended to save time and money, if the negotiations do not go smoothly, if one party doesn’t negotiate in good faith, then the other party has to end the mediation and go to trial, adding to the time to reach a settlement as well as the financial burden, and likely increasing the psychological burden as well. Worse, aggrieved clients have stated their case by then, giving their opposition a chance to prepare more effectively if the case goes to trial. (For a more detailed discussion of mediation, see LawShelf Educational Media, an excellent reference for self-study.)

Should you become involved in a domestic litigation process, whether you’re required to, or offered the chance to, participate in mediation as opposed to trial, you might want to know more about this alternate dispute mechanism and how it applies to your specific circumstances. Please have a look at our website and our other blogs, and call Howard Nightingale Professional Services for a free thirty-minute consultation. We are centrally located it Dufferin and Finch, in Toronto; please call us at 416 663-4423 or toll free at 1-877- 224-8225. We look forward to working with you.