A Primer on Parental Custody 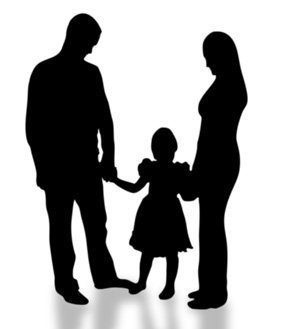 “We know that family law accounts for 35% of all civil cases; that four of 10 Ontario family law disputes remain unresolved after three years; and that about 50% of family-law litigants represent themselves in court. And yet the Family Justice Working Group’s Report admits, “We lack an empirical understanding of what happens to family cases after they enter the justice system ….how many cases settle, when or why they settle, or after what cost and on what basis they resolve.” (Barbara Kay, National Post)

While Ms. Kay isn’t a lawyer, she brings a significant matter to our attention. But as a lawyer, I am directly involved with family law and the potential effects of the current state of affairs on my clients. In addition to any systemic causes, perhaps part of the difficulties and the drawn out procedures she mentions is that divorcing parents are naturally unfamiliar with a complex legal structure. Misconceptions that circulate amongst the general public only add to the confusion. In the next few paragraphs, I’ll try to clear up some of these misconceptions and provide a basic primer about custody, in the belief that parents who understand how the family law system and the courts work will be better able to resolve their issues and arrive at a reasonable, workable settlement.

When Ms. Kay and others speak of inequality in the courts and a bias against fathers, they are referring to what was known as the “Tender Years Doctrine,” the belief that “a mother was presumptively entitled to custody of a child of tender years” (up to seven years of age) barring exceptional circumstances” (Young, in 1993, and Van de Perre, in 2001). At the same time, a pervasive gender activist ‘mindset’ from the 1970s argued that women as a group had been disadvantaged and therefore the courts should redress this imbalance by favouring mothers in their custody deliberations.

That Was Then This Is Now

The good news for fathers today, and for everyone who disapproves of children being used as pawns in an ideological gender battle, is that the “tender years” doctrine is pretty much a dead issue. It is now mostly considered as being “old school thinking,” overturned years ago by the Supreme Court of Canada.

It is my experience that fathers can now expect to receive equitable treatment in family court. Currently, courts decide the issue of the custodial parent from the premise of neutrality and always with the welfare of the child as the determining factor. A parent who disagrees with the court’s decision can litigate or hire what is termed a custody or access assessor to make that determination. But naturally, it is always preferred when parents can resolve the custody arrangements in a cooperative manner. Keeping this in mind, let’s focus on the custody options at the judges’ disposal and what they mean to the separating parents.

Parents can request sole custody or joint custody or joint parenting, which is really the same thing.
In Sole Custody, the child resides primarily with one parent who has day to day control of the child. As well, that parent can make the significant decisions affecting the child’s welfare, such as those involving education, religion and health. Non-custodial/access parents who don’t agree must either abide by the decision or go to court seeking a judgment to overrule the custodial parent.

Before I explain what joint custody is, let me explain what it isn’t or, at least, what it shouldn’t be. The idea of joint custody in which the child bounces back and forth from one parent’s home to the other for a week or two at a time is not a concept which courts will order or endorse. The courts work on the premise that stability is always in the child’s best interest and accordingly will not recommend a “bounce joint custody order.” This is not to say that separated families cannot or should not provide for stay overs with the non-custodial parent when good judgment and flexibility are used with the child’s interest at heart.
What joint custody really means, therefore, is an arrangement, similar to that of sole custody, in which the child resides primarily with the designated parent who, as a matter of practicality, will have day to day control of the child. However, major decisions of the child’s life, health, education and religion are to be discussed with both parents and an agreement reached between them. As in the case of sole custody, if no agreement can be reached, then the non-custodial/access parent’s only alternative is to go to court to force the primary care parent to make such a decision (or not to make such a decision, as the case might be). There is no practical difference between custodial and access parents other than what might be termed “window dressing” for access or non-custodial parents to feel that they are equal in decision making to the custodial parent.

A New Paradigm for the Times

I’ll close with one last item which demonstrates the current thinking of the courts: judges today are likely to recommend joint custody even when the parents themselves haven’t requested it. Whereas parents once had to be in full agreement for such an order to be issued, Ontario Superior Court of Justice, Justice Wilson (in dissent) stated that she didn’t think the inability of the parties to agree on every single issue was a fundamental impediment to a joint custody order. In her words:

And what if occasional resort has to be made to the Courts when the parents cannot agree on a major matter affecting the child? Is this to be the determinative consideration? It seems to me to be a modest price to pay in order to preserve a child’s confidence in the love of his parents and with it his own sense of security and self-esteem. (Warcop v. Warcop, 2009 CanLii6423 (ON SC)).

And in fact, since the case of Kruger v. Kruger 1979 CanLii663 (ON CA), (1979), 25 O.R. (2d) 673 (C.A.) the courts began to decide in favour of joint custody orders, even in the absence of consent. You might or might not think this is a swing too far in the opposite direction, but it certainly confirms that there is a new paradigm governing the courts’ thinking about custody.

I hope that this blog clears up some current misconceptions about the courts and family law, especially regarding the issue of custody. Of course, each family situation is unique; for advice regarding your specific situation, please contact Howard Nightingale Professional Corporation, 416 633 4423 (toll free 1 -877-224-8225). I am available and happy to work with you.