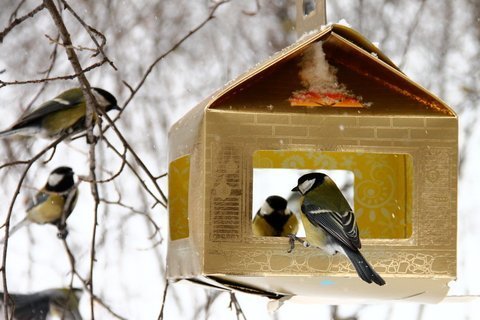 As strange as it might seem, the judicial court’s developing approach to spousal support can be illustrated with a brief discussion of winter bird feeding. Many people enjoy feeding wild birds through the cold Ontario winters when the birds’ food sources become scarce. However, owners of wild-bird specialty stores might caution that you should be in it for the long haul: the birds will come to depend on your feeder as a food source; if you suddenly stop, the birds will need to find a replacement food source or possibly face starvation. In other words, when you enter into this arrangement you have an obligation to the visiting birds.

While I’m certainly not making a direct comparison between the moral, or legal, or social obligations of bird enthusiasts with those of human beings to one another, our laws seem to be evolving along the lines of the aviary expert’s way of thinking.

A brief history of spousal support and the needs test

In the mid 20th century, the concept of spousal support was founded on the basis of need. Men were generally the wage earners then while wives and mothers were the homemakers and caregivers. After 30 years of marriage, a divorced woman had little means or opportunities of supporting herself, thus there was a very real need for spousal or matrimonial support.

From needs to compensation

This needs concept evolved into the idea of compensation. In other words, spousal support recognizes that the spouse who kept the matrimonial home and family significantly contributed to the marriage and should, therefore be compensated for it. Also, this spouse might have given up a lucrative career to enable the partner to enrich his or her own career, further adding to the argument for compensation.

As well, the law now deems that there are other issues beyond compensation which should be taken into account, known as non-compensation issues. For example, divorced spouses might no longer be able to work at their careers, whether due to health issues or changes to their field of expertise; thus, the non-compensation factor extends the scope of support to provide for such contingencies. These factors are now part of the court’s evaluation process: it is not a question of whether or not support is to be awarded, but rather how much.

However, there is no status quo in life, not in society and not in our legal system. And so we are just now spinning the threads for the next layer of our developing social fabric, one very much in keeping with what might be referred to as the social activism of Canada’s higher courts, including the Supreme Court.

Basic Social obligations – the wild bird feeder concept in use

Supreme Court Justice Beverley McLachlin has expressed this newer concept of one spouse’s “basic social obligation” to the other; it doesn’t depend on the previous, historic underpinnings of compensation and need; instead, simply the fact that there was a marriage now justifies spousal support, and it does so without regard for circumstances.

As recently as 2013, the Supreme Court of Prince Edward Island cited this concept in a divorce case it had agreed to hear; the court moralized that it is wrong that “… a person who formerly enjoyed intra-spousal entitlement to support now finds herself or himself without it.” In other words, the divorced spouse has the right to continue living in the style to which he or she has become accustomed, and it is the obligation of the other spouse to provide for it.

The PEI Supreme Court then applied this concept to determine various issues of the divorce settlement, for example, those involving the husband’s group health insurance and human resources benefits. The Court’s order was the continuation of these benefits for his ex-wife who was also awarded complete and independent access to them. This was the lifestyle she knew as a wife and that, according to this evolving concept, entitled her to continue receiving such benefits after the divorce.

Are our marital legal obligations forever?

Perhaps the take away is that a marriage might not be forever and a spouse might not be a spouse forever, but our legal obligations to our spouses seem to be fast approaching forever. Ironically not too long ago people wed “until death do us part;” then, only a generation ago, the divorce rate soared to upwards of 50% – clearly not forever. And now, although people still divorce, their marital obligations might just remain “until death do them part.”

This is a significant “sea change” in our divorce laws and practices and it is likely that the effects of this change will only become apparent as our case law develops. One aspect of this to watch is what effect the concept of legal obligation will have when there is also a marital contract.

To discuss that or any professional, legal advice concerning family law and other legal matters, please contact me at Howard Nightingale Professional Corporation, 416 663 4423 or 1-877 224 8225.