Getting Married in Ontario? Here’s a Q&A Just for You 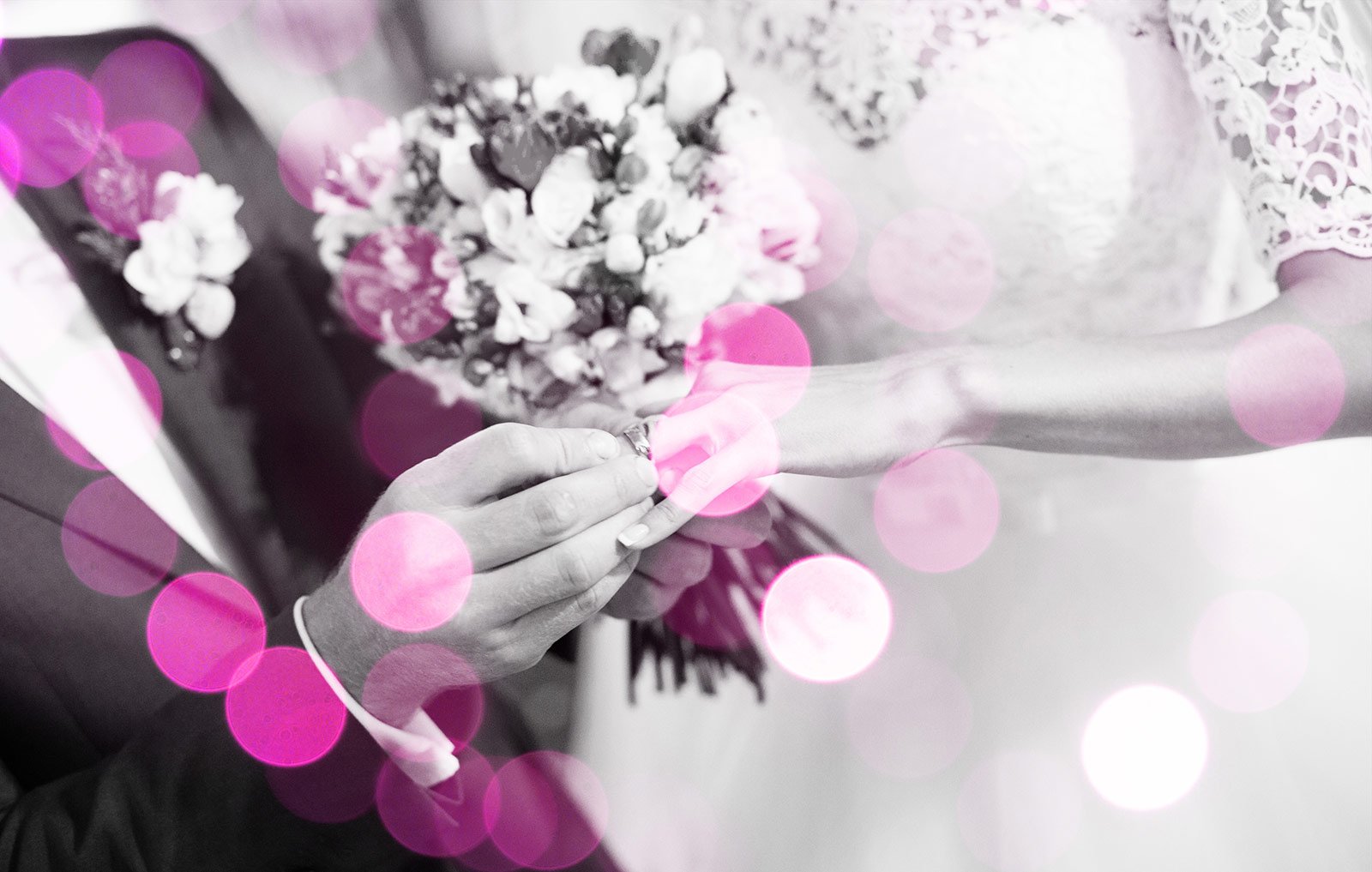 With summer, the wedding season is in full swing. Across Canada, there’s an average of 160,000 marriages yearly, but more people marry between June and August than any other time of the year. Since these are the summer months, that likely explains the recent increase in legal-type questions about marriage. And so as a “public service,” this month’s blog will take a refreshing change. Instead of discussing separation, divorce and so on, this month, we’ll offer a positive focus on marriage, answering some of those frequent questions, as well as present a few interesting “factoids.”


Q) How old do I have to be to get married in Ontario?

A) Eighteen, but let me clarify this: you must be eighteen to marry without permission; however, with written parental permission from both parents, you can marry as young as 16. – The average age of Canadian brides, however, is 30, with their grooms averaging two years older at 32.

Forms are available on the Ontario government’s website (www.ontario.ca). Download and fill them out to begin the process.

Q) What is the difference between a religious marriage and a civil ceremony?

A) In legal terms, there is no difference. The religious marriage will be performed in accordance with the rites and practices of a specific, recognized religion by someone such as a minister, rabbi, priest or imam, to name four of the prominent faiths in Ontario. However, they must be authorized by the province to perform marriage ceremonies. The Ontario website provides a list of these religious officials which is grouped by location (town, city, etc.). Go to www.ontario.ca/data/registered-religious-officials.

Q) How do I get a marriage license?

A) Before you can marry, you will need a marriage license. You can actually download the application form from the Ontario government’s website. Go to www.forms.ssb.gov.on.ca/mbs/ssb/forms/ssbforms.nsf/GetFileAttach/007-11018E~1/$File/11018E.pdf

When the form is completed and signed by both of you, bring it to your municipal office along with two pieces of government-issued ID each. Examples of acceptable ID include a birth certificate, passport, record of immigrant landing, Canadian Citizenship card, valid driver’s license and valid Ontario photo card.

Q) How much will a wedding cost?

A) The sky’s the limit for weddings… but the expected cost of a wedding in Canada according to figures from 2015 is $30,717 (including the honeymoon). If that is beyond your means, you might consider a civil wedding, in one of Toronto’s three wedding chambers. Once your wedding application is accepted, you’ll pay a fee which varies in the different Ontario municipalities.

Toronto, for example, charges $140.00 plus HST, and if you do book one of its three wedding chambers the additional cost is $117.10 (including HST) for a 30 minute booking. You, of course, also will pay for the “wedding officiant” separately. The Toronto website estimates a fee of $150 to $250 for services of a justice of the peace or other civic official. Thus, a small, civil ceremony will cost approximately $500.00.

You can take your some of that $25,000.00 dollars and begin saving for a home. In Toronto’s still heated real estate market that might not be a bad idea.

Two special circumstances:
– Divorced applicants will need their divorce papers to prove their single status before they can obtain a marriage license.
– Catholic applicants require the “publication of the banns.” They should contact their church and priest as part of the planning and marriage arrangements.

Q) How long is a marriage certificate valid?

A) Once issued, a marriage license is valid for 90 days.

Q) Exactly what is the significance of the marriage certificate?

Q) Is a common law relationship the same as being married?

A) In short, the answer is no. While there are similarities, it is only married couples who have a marriage certificate. Also, common law status comes into effect only when a couple has co-habitated for three years or if they have a child together, whether through birth or adoption.

A key difference between the two is that of property rights. Upon the separation of a common-law couple, property which is solely owned by one partner, including the residence, remains with the owner; it is not divided or shared unless the non-titled spouse brings a claim to share in the value of the residence.

While you can claim spousal support at any time, the longer you wait the harder it becomes.  And although the claim for child support can be made at any time, it is not to retroactive unless there are extenuating circumstances.  There’s a cautionary note here for marriage partners: if you need child support, make the request sooner than later.

Q) What is a prenup and should I get one?

First, there is no prenup (or prenuptual) in Canada. Instead, our legal term is domestic contract. Names aside, the idea is to assign ownership and rights before the marriage in order to prevent legal battles and aggravation if the marriage ends in separation and divorce.

Whether or not you should get one is a personal decision based on your specific circumstances. For example, two young people roughly the same age and starting their careers together will likely accumulate family wealth together. Should they divorce ten years later, they will likely share equally in their property and money. However, if one partner has accumulated property or wealth, or has received a family gift such as an inheritance, that partner may well feel, and be, entitled to protection from losing it to the spouse. It seems hard and coldly calculating, like saying, “What’s mine is mine and what’s yours is also mine), but more couples seem to be exploring marriage contracts.

Q) Should I get married, especially when so many marriages fail?

This question goes beyond my legal expertise, but here are two things to think about: if approximately 40% of marriages eventually fail, then 60% will succeed. Choose your partner for the long haul and work at your relationship. One other thing: according to health professionals, married people tend to be healthier than single people, both mentally and physically, even recovering from an illness or operation more quickly.

As I readily admit, this is beyond my expertise; for any legal help, however, please feel free to visit our website at howardnightingale.com, our Toronto law offices for a complimentary half hour consultation, or call us at 416-663-4423 (toll free at 1 877-224-8225).